This weeks Famous Weed Smoker is none other than the author of the Declaration of Independence, and one of the founding fathers of the country. Thomas Jefferson. I wonder what he’d think about what America has become and this insane “War” being waged against the very herb he used to roll up and smoke on his back veranda. Another little known fact is that the Bill of Rights was actually printed on hemp paper. The prohibitionists are trashing everything that these men stood for. Thankfully the tide is changing and many political sycophants are realizing the idiocy of their ideology. Hopefully one day we can all smoke a joint in peace just like Mr Jefferson did he when he helped found everything America should stand for. Personal liberty. So you can add him to the list of famous politicians who loved the herb.  Barack Obama, George W Bush (also an avid cocaine user) , and of course Bill “I never inhaled” Clinton.  I wonder why these former drug users choose to persecute people for doing exactly as they did.

“Some of my finest hours have been spent on my back veranda,
smoking hemp and observing as far as my eye can see.”
– Thomas Jefferson

For you skeptics out there.

The Library of Congress website has all of his diaries, and this quote checks out
http://memory.loc.gov/cgi-bin/query/r?ammem/mgw:@field(DOCID+@lit(mgw1b651) 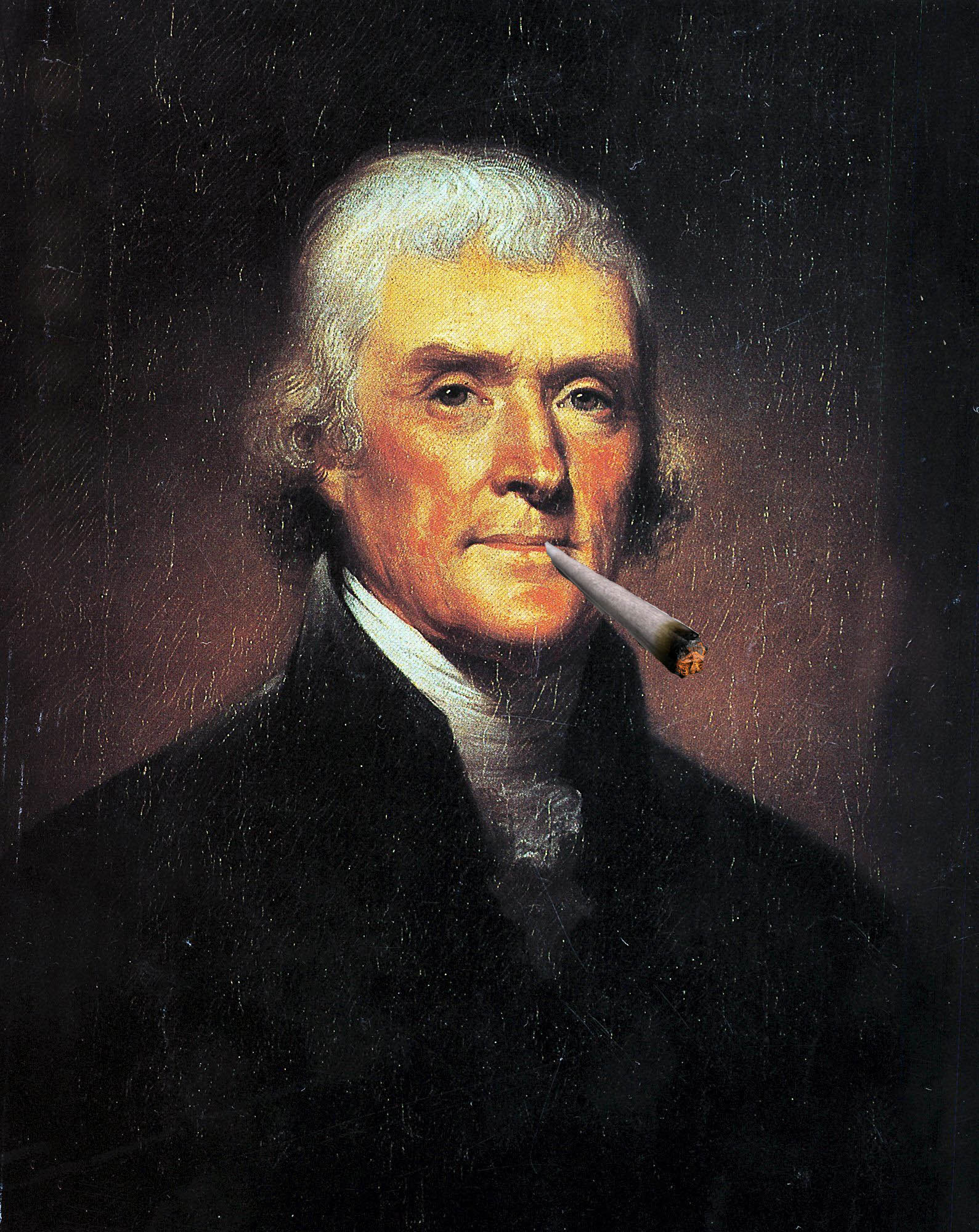