For various reason it is often necessary to hide the smell of marijuana. Perhaps you are a medical marijuana patient and you don’t want to disturb your neighbor with the smell of your medication. As much as weed is a great medicine, we as pot smokers should also recognize that not everyone shares our love of its danky smell. In the interest of becoming better neighbors I’ve prepared this guide as to how to best cover up the smell of smoking weed. There is also the issue of the current laws in the US, which according to a recent Supreme Court ruling gives police the power to come into your home if they smell marijuana.  If you are someone who values your privacy and your fourth amendment rights then it would also be a good idea to pay close attention just why it is so important to cover up any smell of weed in the US.

The first issue of controlling the smell of marijuana begins before you’ve ever even started smoking it. If you’ve got some dank nugs then you’ll notice that they’ll smell up an entire room just by sitting there in a plastic bag. For this reason it is great to invest in some jars for your stash. Weed jars come in all shapes and sizes and are available though online purchase from our sponsors in the sidebar. The main thing to look for is to get a jar that has some sort of seal on it when you close it. Some of the best containers can be those old fashioned mason jars with the little handles which lock the lid closed. 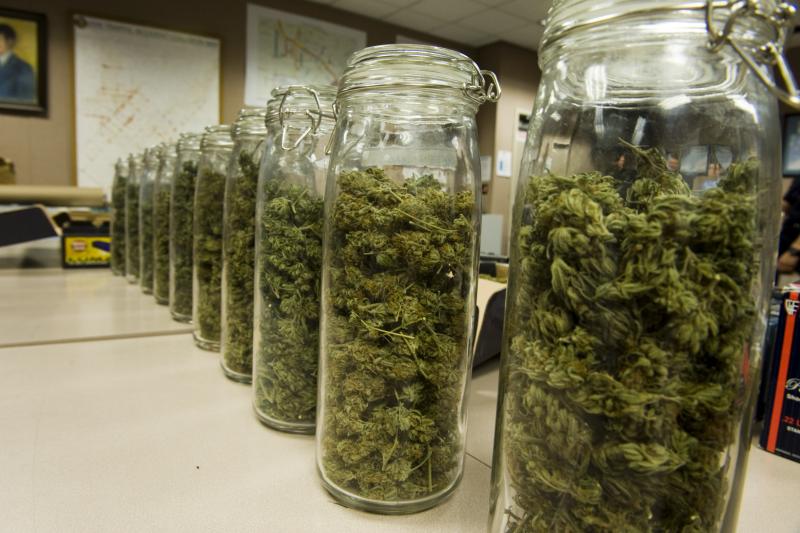 Some more popular options have become available with selected graphics as well as an air tight seal to keep your buds fresh, and minimize the smell. These are available mainly at headshops and can give you added reassurance that your stash won’t smell when it’s sealed inside these bad boys. 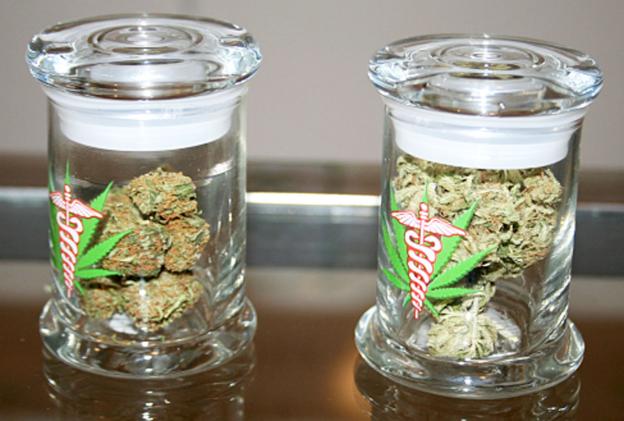 Secondly there is the issue of ventilation. As someone who attended art school and spent a lot of my time painting I can tell you that the best way to exchange air in a room is not by blowing air into it with a fan. Exhaust ports on ventilation shafts go outside for a reason, and that’s because it is easier to exchange the air in a room by blowing air out of a room as opposed to blowing air into it. So in short, open two windows, and place a fan blowing out of the window

As well as keeping a steady flow of air exchange in the room, there is also the option to cover up the smell of weed by also using an air freshener or incense. There are two types of air fresheners, those which simply work by masking a smell (think of that can of glade in a bathroom) , and those that actually treat the air with negative ions to reduce smells. The most popular form of this is Ozium which works quite well, but it isn’t that cheap. 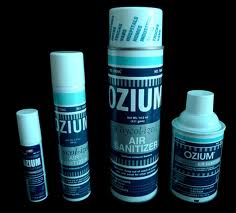 Another common problem with non smoking apartments and dorm rooms is that they also have very sensitive smoke detectors which can go off during a session. The common solution is to remove the battery. I would strongly discourage from doing this as smoke detectors are there for a reason, and that’s for your protection. A better method to temporarily disable a smoke detector is by putting aluminum foil over it and securing it with a rubber band. That way you’re going to notice “oh hey, my smoke detector is covered with aluminum foil. Maybe I should take that off now”. If the battery is simply removed you may forget it was taken out and then risk being burned up in a fire. Not nice. Another solution I’ve seen is when somebody took a plastic bag, and a plastic coat hanger and just put the bag around the smoke detector, and then used the plastic coat hanger to keep the bag in place. 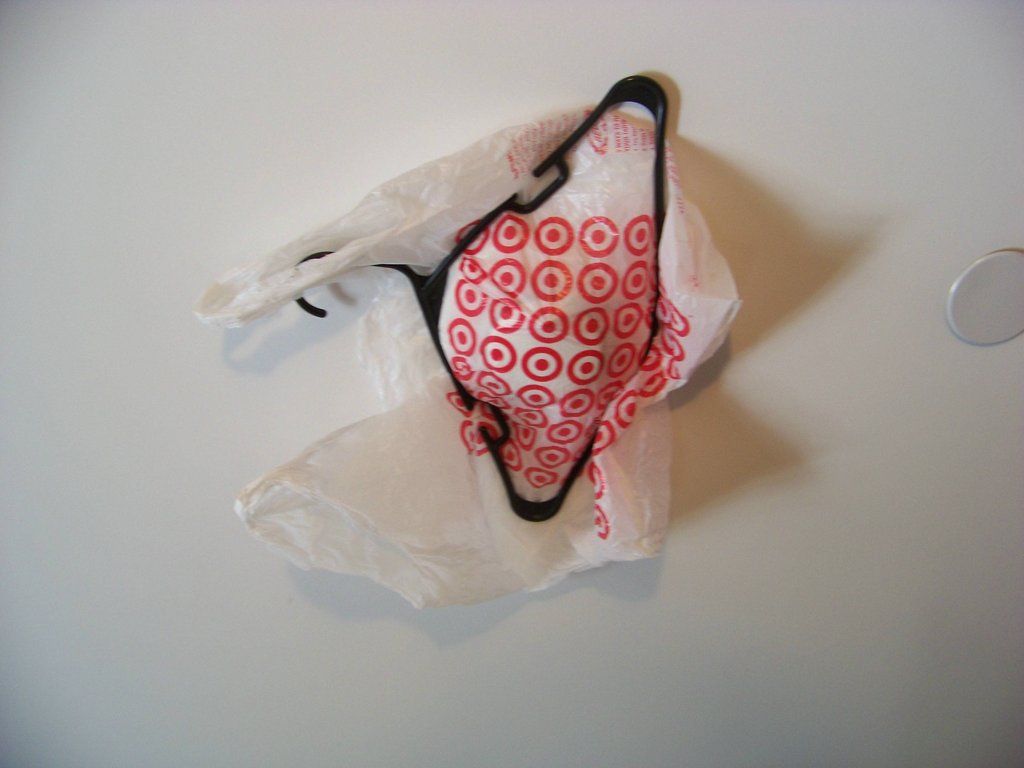 Next in line are those vents which many times circulate air through multiple apartments or dorm rooms. These can be a real bitch to deal with. First off, just close all the vents. For further smell control you can also place a plastic bag over the vent and then use magnets to secure it in place. Vents near the floor can be covered with pillows. But as always, be sure of what vents you’re covering. If they are for heat it isn’t advised to place anything flammable on them.

The last thing to do in terms of room control involves that pesky space underneath your front door to the outside. The fail safe way of covering this is with a rolled up towel which is placed at the bottom of the door. You can also buy these long pillows which are made to prevent drafts from coming in under a door. We had one that looked like a giant, long wiener dog. These are always good to have in order to tie the room together and have a sense of decor to impress your fellow session mates.

The last thing is the most important, and shouldn’t be ignored if you actually care about controlling the smell of marijuana in a dorm or apartment. And that is the hardest one to enforce. You have to start taking little hits of weed as opposed to giant bong rips. I know it hurts to hear, but the best way to control weed smell is by minimizing the amount of weed going into the air at once. Open bowls, joints, and bongs release a tremendous amount of first hand smoke into the room, and that stuff is the stinkiest. In order to minimize this the best way to go about it is to have a vaporizer such as a Magic Flight Box, or a Volcano (these are also available for purchase from our sponsors in the sidebar).  Next in line is another old stand by, people call it different things all over the country, a Dugout, a one hitter, a pinch hitter, a bat or whatever else you want to call it. Simply put this is the best way to minimize marijuana smell outside of using a vaporizer. The method of smoking is simple. In the image below you can see that a dugout is divided into two sections. One which holds your weed, and the other which holds a bat (one hitter) which can be filled by jamming it into the weed hole. You can get one big hit off of a bat, hold in your hit as long as possible, cover the end of the bat with your lighter to avoid any weed to continue to smolder, and then exhale out a window, or better yet, through a smoke freshener! 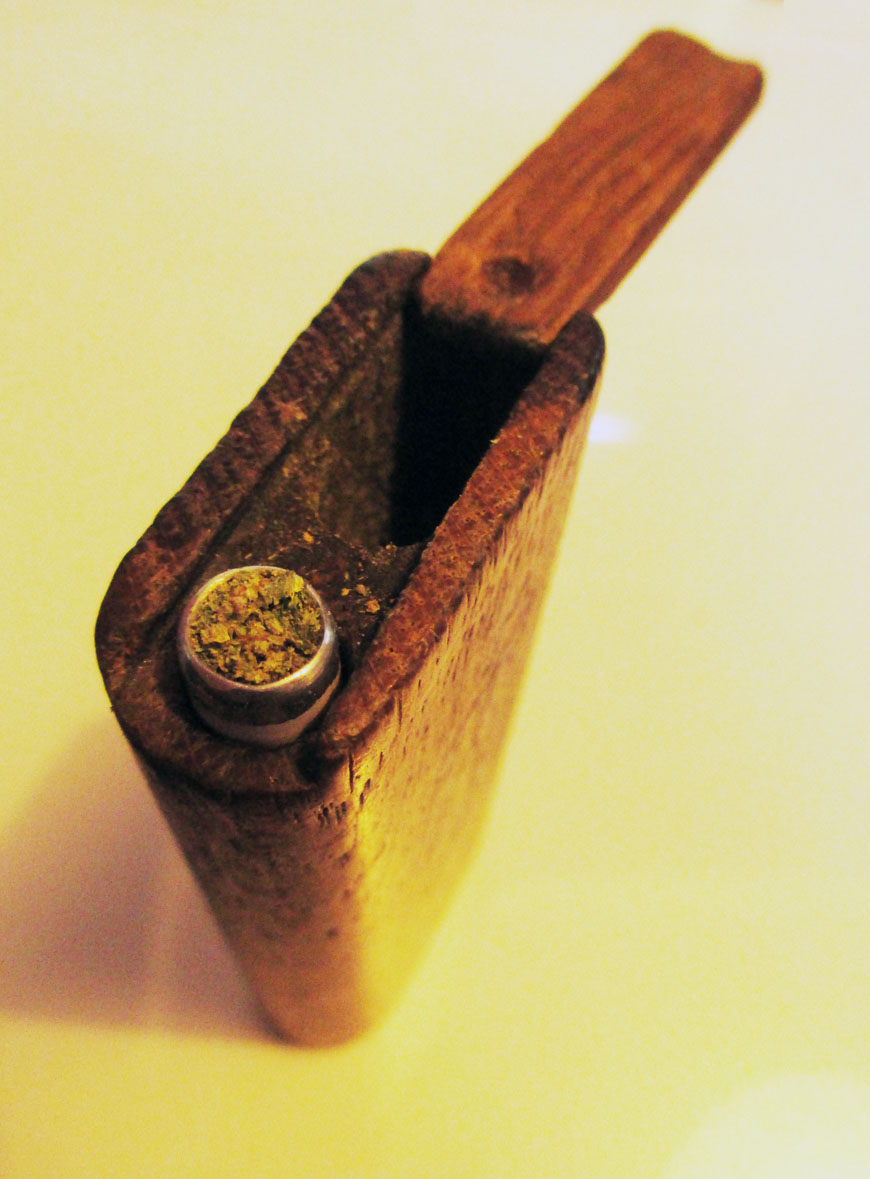 Just when you thought it was impossible to control the smell associated with marijuana any more, I present to you, The Smoke Freshener. This piece of equipment has been around for decades and has a bit of a legendary quality to it. Basically it is composed of taking a toilet paper tube, jamming it full of dryer sheets, and then exhaling your hits through it. There are countless variations on this theme. If you’re in Europe and don’t use a dryer for your clothes you probably have no idea what dryer sheets are, so the variation in that part of the world generally involves spraying a bunch of toilet paper with an air freshener (like glade) and then filling the inside of the tube with the tissues. These things actually work, believe it or not a lot of the smell gets trapped inside the sheets. And the smell that comes out of it resembles something like detergent and burnt popcorn. It isn’t the most pleasant smell, but it certainly doesn’t smell like weed! Another variation can also be made by using a rubber band to secure the dryer sheets to the end of the tube.

Buy a premade sploof from Smokebuddy here! They’re cheap, easy to conceal, and when used in conjunction with a dugout, eliminate all traces of marijuana smell! 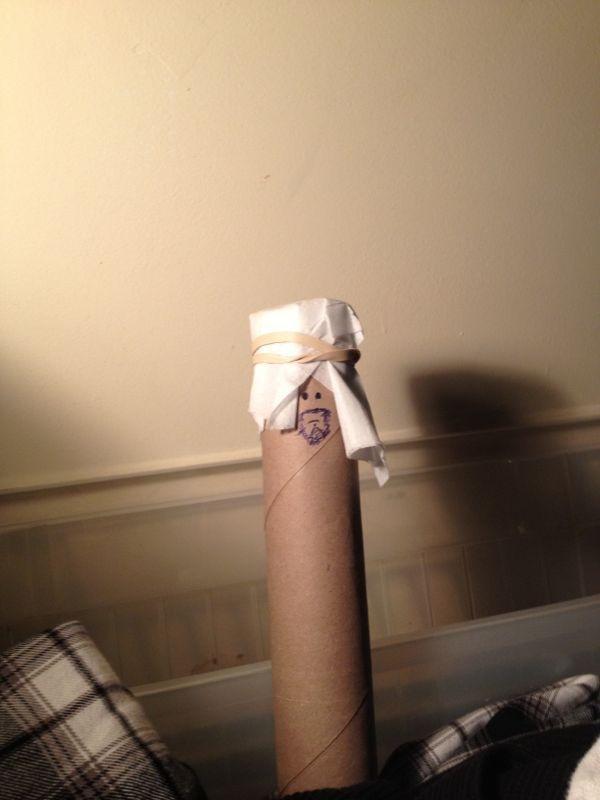