Smoking marijuana for days and days, can easily turn into months and months, which then transforms into years and years. While there is little evidence to support the notion that marijuana is physically addictive, it can however be habit forming. And how “high” one gets does fluctuate the more one smokes (if you smoke often. like 3 times a day. Weekly smokers have little need for tolerance breaks). So, the Endo.tv crew got together for our own scientific test. We put our heads together and scoured the web for as much real information we could about marijuana withdrawl symptoms, how to counter them, and then in the end we would smoke the same amount that we had smoked before the marijuana tolerance break to see the changes. All three of us are daily smokers and we were all set for a one week break followed by a month of smoking again. The results of the test would be to see the effectiveness of the tolerance break, and to determine whether or not subsequent tolerance breaks should become part of our smoking routine. We also accompanied the break with a checklist of different symptoms which are said to accompany withdrawl symptoms. We would all answer a simple Yes/No to these questions to determine their truthfulness. How high one gets is difficult since it seems to be dependent on so many factors, however, it is quite common to simply measure on a scale of 1 to 10 how high one feels.  We would all smoke 3 bong hits before the break, and then after, and rate each on this scale to determine if we got “more high” afterwards. 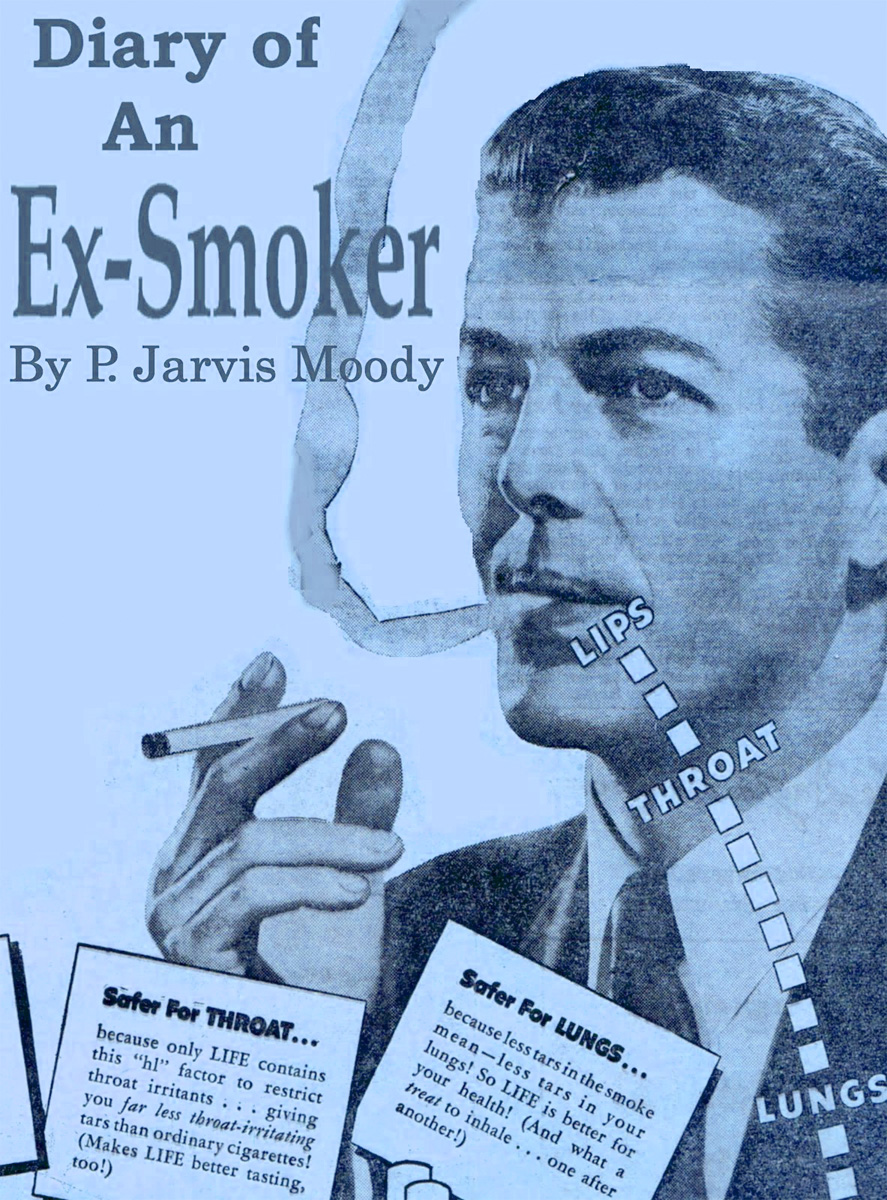 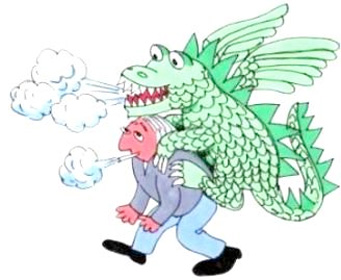 With these symptoms in mind we then found ways to treat these unwanted side effects. These included.

Valerian Root: Valerian is a mild muscle relaxer which would be used to facilitate sleep as well as keep everyone chilled out during the day.

Exercise: Everyone involved in the test would be required to exercise a minimum of 4 times during the week for a minimum of 30 minutes for each session. This would be to combat sleeplessness, as well as to help “sweat out” unwanted toxins in the body.

B Complex Vitamins: B Complex vitamins are said to reduce stress, aid in brain function (clarity), and treat anxiety and depression. We would all be taking one B-Complex vitamin daily.

No processed food: Might as well ill two birds with one stone eh? We decided that by eliminating processed foods during the week we would be more likely to take in healthier foods which would aid in the process of eliminating unwanted toxins from the body.

Water: It is recommended that everyone drink about two liters of water daily. And this is also a common way to “flush out” one’s system. So we just trusted what the Mayo clinic had to say and would all drink at least 2 liters of water a day.

Busy Schedule: In order to keep our minds moving, and not thinking about smoking we all gave ourselves a goal to achieve by the end of the week. Idle hands and all that.

Cranberry Juice: Weedabix basically just claimed that he quit smoking cigarettes by drinking copious amounts of cranberry juice. After making fun of him for a bit, we decided we may as well include it since Vitamin C ( I guess?) is good for you. So each of us would start drinking orange juice. I’m dubious, but why not try I suppose! Some more searching revealed that it does have some cleansing properties, and that perhaps Weedabix isn’t completely making it up. 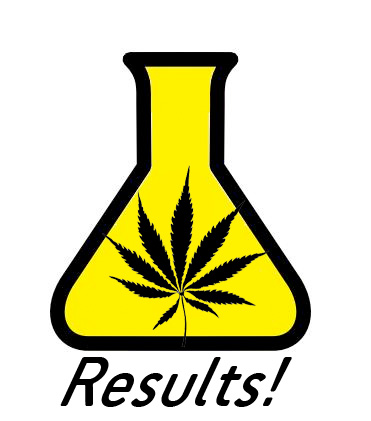 So, it has been a month since the beginning of our very serious scientific and serious test determining the effectiveness of taking a marijuana tolerance break and the results are in!  You can see how each of us responded to the questions below and see for yourself whether or not you agree or have experienced similar results.

On Withdrawl. Surprised how fast I got used to not smoking actually. Not a big deal. I had a few bad dreams that were really trippy, and the first two nights I think there was some insomnia. When I was out drinking with friends I definitely wanted to toke up, but I held out. I’d say experienced very little to almost no withdrawal symptoms after 2 days. Some irritability and did get one headache which could have been unrelated.

On the Return bong session: Man, I thought I was back in High School. Seriously, I was not expecting just one week to completely change my outlook on weed. Shit! I was a giggling mess on the floor questioning my own existence and the ridiculousness of the whole thing. Level of intoxication definitely changed.

At the end of the month: This is weird. I’ve actually cut back because of the tolerance break I guess. And I’m still feeling more stoned than I did before. Even a month later. So I suppose since I’m more aware of when I smoke I don’t need it, and this has caused it to remain. Happy to say I was proved wrong, I thought the effects would last a few sessions, and really, they’ve lasted all month.

On Withdrawal. I can trick myself so it’s a bit unfair. But I forgot about smoking after the first day. Obviously I wanted to smoke during my normal times (after work) and this was the hardest. But I kept on track with my goal (which I guess everyone else forgot about?) and finished the children’s coloring book I wanted to make. Yey!

On the Return bong session: Definitely a difference in stonededness. It was really fun to get stoned with you guys again after we all took the break at the same time. What a great mixture of fun. I can surely see that I will be taking more tolerance breaks from marijuana in the future because of this. It was almost as if the more psychedelic aspects of smoking came back, as opposed to the more relaxing effects. And since I’m a fan of the former, I really enjoyed it.

At the end of the month: Talking to Kel we both had similar experiences. I’m much less likely to just spark up for no reason and can really see a benefit in the break. It was also great to exercise more. But anyway, at the end I could see I wasn’t as obliterated as I was on the first day, but still I did feel higher than I was getting before. I guess it’s just best not to get stuck in the same routine, and have something planned out before you smoke!

On Withdrawl. Virtually no to little withdrawal symptoms which was relieving because anyone that know me, knows I’m a pretty frequent smoker. The first 2 days were definitely the hardest. I did drink some beers to probably relieve some social anxiety (or just to survive watching my friends all get wasted).  Overall I’d say it wasn’t that big of a deal. You’ve just got to keep your mind occupied.

On the Return bong session: Completely floored! Man, it’s been years YEARS since I’ve got this high. Forget about searching endlessly for the best weed in the world. Just quit smoking for a few days instead. I’m really excited to implement this into my monthly schedule. I’m not sure if 7 days is really needed so next time I’ll just try three, and if so, then I can see doing this every month.

At the end of the month: Overall my frequency of smoking went down. Why this is, I have no idea. I’m a big fan of the one hitter and the dugout, so I can literally smoke like once every other hour (just one hit) and now I’ve reduced this to like twice a day. Really a huge decrease. I feel the same, and overall I’d say that taking a break really does actually help one experience some of the more “fun” aspects of smoking as opposed to some sort of marijuana maintenance. I do have some social anxiety issues which have been diagnosed in the past, and I quit all my medication years ago and started using weed instead.  I could feel these symptoms creeping back, but I’m also more aware of how I actually do use weed to ease them and function.  I know people make fun of anxiety and weed, but for me it’s a perfect fit, but I do thin I was overdoing it before. Which really for me is an incredible statement.