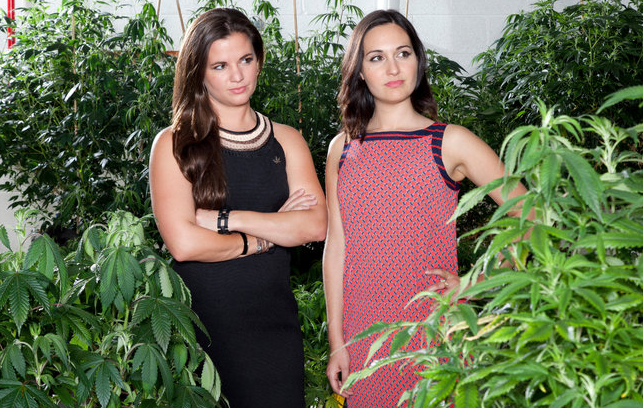 Meet the new faces of those who would like to create a new face of cannabis culture. Olivia Mannix and Jennifer De Falco created Cannabrand which is a marketing agency devoted exclusive to promoting marijuana. Mannix stated that “We want to show the world that normal, professional, successful people consume cannabis.” . Allegedly she also stated that her agency wishes to “weed out the stoners” and likened the decor of many cannabis dispensaries to underground abortion clinics.

This has created a bit of a stir (and who could say that’s bad for any brand) across different well known bloggers and marijuana activists. To them it seems that women such as Olivia and Jennifer are cultural intruders, trespassing on their turf. But to me, it seems that those criticizing them should also take a few puffs and learn about inclusion and acceptance.

Listen, I understand that liking something that gets mainstream kind of ruins it. It happened to me with countless musicians I’ve loved throughout the years. And I’m sure you have your own examples. But the thing with weed is that it’s still just a plant in the ground. Nobody should have some sort of cultural ownership of that. And these women don’t have any intentions of taking away the culture that has been developed over the decades. The glory of Cheech and Chong and Bob Marley will live on. Don’t worry about that. In fact marijuana culture has been one of the only mainstays of youth culture over the last 40 years. Seriously, think about that for a moment, if you graduated in 1990, 2000 or 2010 there was always a similar group of “stoners”  who got high on the parking lot, wore music band tshirts, and played hackey sack. That won’t go away.

But there has been a group which has been too frightened to come out of the darkness, simply because of the terrible stigma surrounding cannabis. These people absolutely don’t fit the stereotype of the stoner on the couch, but are rather the IT professional, software engineer, the professor, small business owner or the soccer mom.  And there’s nothing wrong with accommodating these people and their personal desires and tastes.

I’ve been to my fair share of dispensaries. And you know what? A lot of them are total dumps. What’s wrong with getting some paint on the wall, a slick marketing campaign, and knowledgeable bud tenders. Let me ask you this, would you rather sit in a cold and damp room that resembled a motel lobby where you have to drink your coffee, or would you rather go to a nice coffee shop with original art on the walls made by local artists, nice interior design, and a friendly staff? These women are making cannabis consumption something that doesn’t have to make your average soccer mom ashamed of. And there’s nothing wrong with that. Anyone can plant a seed, grow a plant, and enjoy the smoke.