The first thing to understand is that there is a big difference between growers making up their own strains, and finding one which has been stable for literally thousands of years. The potential is huge as by discovering a new wild species of marijuana, this could lead to advancements in genetics, and an ability to isolate other unique attributes. This is why it’s big news when scientists in Australia state that they may have discovered a new species of marijuana! Yeah, that’s right. species. via Culture:

Scientists at the University of Sydney believe they have found a fourth species of cannabis. The finding took place in 201 (sic), when a group of people were hiking in the Blue Mountains of Australia and discovered a single plant that resembled cannabis. The shrub was later donated to a research laboratory at the University of Sydney where a series of tests were conducted on the plant – proving that it was indeed cannabis. “When we first received the plant we were very skeptical about its relation to cannabis. It has somewhat similar growth structure, but the leaves look nothing like cannabis leaves,” according to researcher Christopher Pool.

The test results show that the species is resistant to freezing temperatures and the plant grows more like a shrub, without the archetypal candelabra shape of most cannabis strains. Countless cannabis breeders the world over have offered to pay upwards of $2,000 per seed, but Pool stated “The only problem is that we don’t have any seeds, we only have one plant,” adding, “We’ve exhausted our funding trying to find another like it.”

I know. I know. A shrub which is impervious to freezing that could be a possible sister species to marijuana? Sign me up! Here’s the good and bad news. For one, the university is currently offering a 10,000$ reward for anyone able to find a male plant. Offers have already come in ranging in upwards of 2,000 a seed. But the problem is, there’s only one plant! And the university has already spent months and thousands of dollars trying to find another so they could be bred. That would mean clones could be made, but as we all know, genetics degrade as more clones are made over time. What really needs to be found is another plant so they can finally make some seeds! So, band together potheads and hikers of Australia! If you see this plant, then please call the University of Sydney. Don’t yank it out of the ground like a jackass. There’s better trained people out there to do this. Your reward will come in full ( hint you could always take a cutting for yourself and get some root hormone! ) 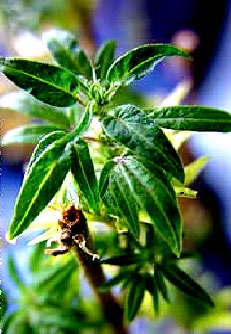 Plus… Imagine having a weed bush next to a snowman you’ve made! 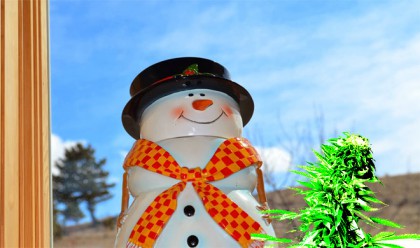