Numerous pipes were found in the garden of William Shakespeare.  The pipes were made of ceramic and first uncovered in early 2001 by a group of archaelogists who later would take the pipes to a state of the art facility in SouthAfrica which tested them for traces of drugs. Smoking tobacco was very common during Shakespeare’s age. A full article from National Geographic can be accessed here about the initial attempts to discern what Shakespeare was smoking. 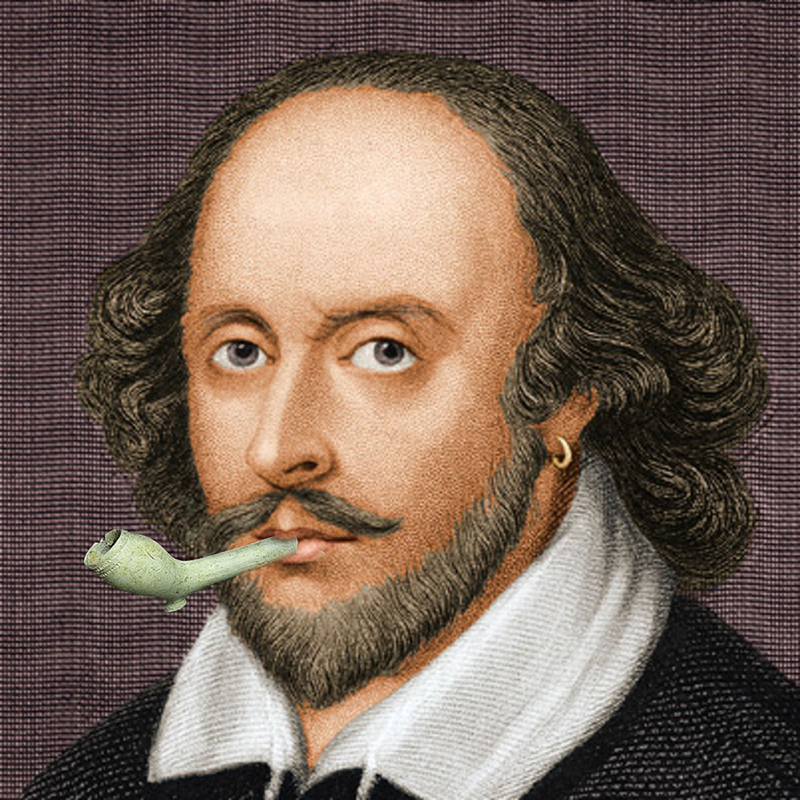 Hemp was a very commonly used industrial product in Elizabethan England, and variations of the plant ( Cannabis Sativa ) were well known and used as well. One of the more alarming findings was that while the levels of cannabis residue had degraded heavily and showed up in trace amounts, the level of cocaine was quite high. More pipes with high levels of cocaine were also found in and around the “Harvard House” which belonged to the founder of Harvard University. Experts disagree about when cocaine use began in Elizabethan England but some contend that Sir Francis Drake brought tons of cocaine back with him which he had taken from Spanish Galleons.

With new testing the pipes were most recently taken to state of the art facilities and retested, and the results from 2001 were confirmed again with both traces of cannabis as well as cocaine being found in the pipes which were found all over Shakespeare’s property. So where to go from here? How can we determine whether or not Shakespeare was someone who indulged in smoking weed? Well, thankfully he left a treasure trove of writings and wrote statements which one could construe as being an indication that he did use marijuana.

Sonnet 76 is probably the most notable example.

Why is my verse so barren of new pride?
So far from variation or quick change?
Why with the time do I not glance aside
To new-found methods and to compounds strange?
Why write I still all one, ever the same,
And keep invention in a noted weed,
That every word doth almost tell my name,
Showing their birth and where they did proceed?
O, know, sweet love, I always write of you,
And you and love are still my argument;
So all my best is dressing old words new,
Spending again what is already spent:
For as the sun is daily new and old,
So is my love still telling what is told.

Obviously the section which catches my attention is

To new-found methods and to compounds strange?
Why write I still all one, ever the same,
And keep invention in a noted weed,

One can surmise that “Compounds strange” could be referring to different types of mind altering substances and that the “Invention in a noted weed” could refer to the increase in creativity many associate with the use of cannabis. Because the use of drugs was not something which was totally taboo in Elizabethan England one can only imagine the elite of the country at the time mixing tobacco with cannabis and cocaine. All were very new to England, and the time must have felt like the 60s with the introduction of LSD.