So we have all hear about the stereotype that pot smokers are lazy. They’re scatterbrained, they can’t get shit done because they’re too stoned and watching Rick and Morty while splayed out on the couch with a half empty bag of cheetos on their stomach. A lot of us have been there too. I know I have. I went from being someone who could barely get off the couch to someone who utilizes every minute of the day.

But then I changed one small thing when it came to how I smoked weed after speaking with my friend who was doing his masters thesis on why people procrastinate. As I understand it, people procrastinate for a number of reasons, and it’s really important to first figure out why you’re not getting something done. It could be because you are impulsive. You may have had plans to study and then somebody texts you, and you’re out the door and to the pub. You could be a perfectionist, and the fear of not doing something perfectly paralyzes you from action. Or you could lack organisational habits, and haven’t practiced the structure of keeping a schedule long enough to learn how to manage it.

So. The first thing to realize is that you’re procrastinating for a reason. And I’d like to make a distinction between procrastination and simply being lazy. People often see the guy with the cheetos on the couch and assume he’s lazy, a bum, but they might not see the dreams and goals he has, and the regret he has for not being able to muster up the will to begin. So if you’re this person, I would like to ask you to do one thing.  I want you to pinpoint the exact moment when you choose not to do something. And you need to be specific. When does a desire to study, or learn how to paint, or go to the gym, turn into bonghits and a Cooks vs Cons marathon.  Next time you change your plans, make a mental note of why.

The next thing you’ll notice after making that mental note, is that you’ll probably try to deceive yourself. And by deceive, I mean in your head, you’re going to try and legitimize why you didn’t do something. And these can be moralistic in nature. “Oh, I had to do the dishes first”, or “I didn’t get enough sleep last night, tonight I’ll go to bed early” or “I need to vacuum so I can think straight”.  If you’re one of those people who needs the dishes to be done in order to study, then do the damn dishes! Don’t let yourself have the opportunity to even engage in self deception.  Done. We always plan for the future, that’s the fun part, but our plans rarely start with the present. 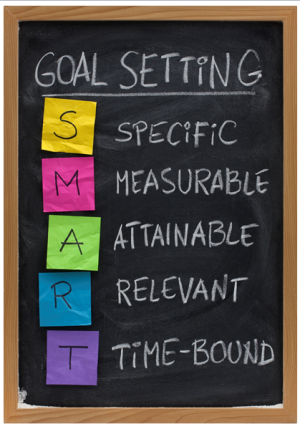 And this is why pot can exacerbate the actions of someone who already procrastinates. Smoking weed is an easy fix, and so many people do it when they don’t know what to do. Here’s the thing that will revolutionize your life. Ready? Figure out what you want to do before you smoke.  You hear that. DECIDE WHAT YOU WANT TO DO BEFORE YOU SMOKE! Then, prepare the entire atmosphere. If you want to learn how to paint, then put the brush in your hand. If you want to exercise more then get your shoes on. Do that action FIRST. Again. NO SMOKING! Once all the mundane shit is done concerning your goal. Allow yourself to have a few hits, and then begin working. I have found that my focus actually increases when I smoke. The problem with weed is that it allows your mind to wander more freely, so if you’re not focused on what you want to do you’ll end up peeling an orange and talking to the cat.

A final note about dosage. Kids, I know you like to dab. And that’s fine. Dabs are fun to do occasionally. But if you want to be a productive pothead then you’ve got to moderate your dosage back down to normal levels. Have a few tokes, and then work work work! Don’t let marijuana destroy your dreams because you lack the will to take that first step. Weed has been a great help in my life, and I hope that by using it responsibly, and in conjunction with a goal attainment plan will help you realize whatever it is that you want to do in life.