Generally you will find that a lot of edibles are high in sugars. Why is this? Well, mainly because marijuana is not the tastiest herb in the world. I know, I know. When you puff a few tokes off a virgin bowl of freshly cured 2 week old herb it tastes delicious. But grind that up and it doesn’t make the best seasoning for whatever it is that you are cooking. In this recipe we want to make a dish that would seem inconspicuous, with many of the intracacies of the herbal flavor of weed left out. Guess what, it’s all in the butter, and you’ll be using a lot of it. If you haven’t checked already, please look at my article about how to make Cannabutter because this will serve as a starting point about how to prepare the ingredients. Your own abilities in the kitchen should serve as a launching pad where you can explore your own desires and tastes. However, should you require some guidance along the way, perhaps from a small shamanic like creature similar to Yoda then I’ll be happy to give a few suggestions to guide you on your quest in the creation of the most delicious chicken breast marijuana dinner that you can imagine! 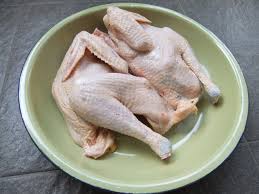 Here’s some stuff you should have on hand before you get stoned and forget everything you need.

One of those “bouillon” cubes to flavor soups, it can be veggie style, or chicken broth. Whatever floats your boat.

A bunch of taragon. It’s no problem. Just add more!

10 grams of marijuana worth of cannabutter

Salt. ( and we aint talking about Veruca)

A couple dollops of Dijon

A cup of Cream

Basically you’re just not going to act like a complete asshole, and you’re going to cook your chicken breast like you normally do. Except this time you’re going to use Cannabutter. If there’s one thing you’ll notice about all the different blogs all over the world with recipes for weed you’ll see one thing in common. They all take a recipe from somewhere else, and then….. Just add Cannabutter! BoooOOOOOMMm! instant weed infused Chicken Nuggets! So yeah. Get your breasts all clean and then throw em down in the frying pan with some lovely cannabudder. Let them get to know each other for a bit before they begin to infuse each others juices. Making a gorgeous slop of weed and chicken love juie. Now, I know what you’re probably thinking. And I thought the same thing. “Can I just feed my chicken a lot of weed, before killing it, in order to make a stoney treat!?” Well, unfortunately the answer to this is no. Marijuana doesn’t infuse into our flesh in a way that makes it harvestable. So while you may think that smoking one of Bob Marley’s dreads would get you stoned, however the opposite is generally true.

So yeah. After you;re done frying up your chicken with the weed butter just pour some wine over it. Act like it’s a cheap hooker and Thailand and just douse it. Oh fuck. You forgot the potatoes. Seriously, you should start by boiling some potatoes to go with it. That’s why you always read the article all the way through first. !!

If you want to spice it up then check out this vid for more tips!