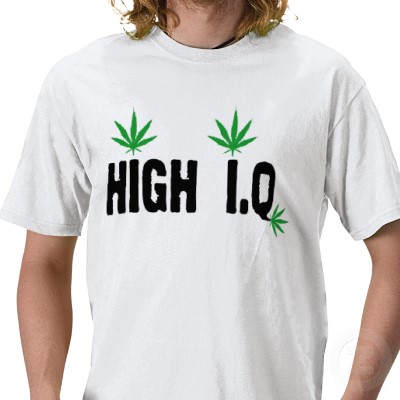 Using cannabis by young adults has been shown not to be related to changes in IQ according to a new study which was shown at the European College of Neuropsychopharmacology in Berlin. The team behind the study were based at the University College of London where they lead a study involving 2,612 test subjects. The study began 7 years ago when the subjects were then just 8 years old. Now, they are 15 and they reported  no relationship between cannabis use and lower IQ at age 15 .

“In particular alcohol use was found to be strongly associated with IQ decline,” the authors wrote in a press release cited by The Washington Post. “No other factors were found to be predictive of IQ change.”

However, this doesn’t mean that there weren’t some correlations between chronic marijuana use and school performance. In some cases high marijuana use could be linked to poor performance however it is difficult to know whether the causation of this was directly linked to marijuana use, or other variables which couldn’t be accounted for. Such as the fact that it has been shown that young individuals with proclivities towards depression, and stressful family environments are often also more likely to overuse marijuana.

Guy Goodwin of the UNiversity of Oxford told the BBC that: “This is a potentially important study because it suggests that the current focus on the alleged harms of cannabis may be obscuring the fact that its use is often correlated with that of other even more freely available drugs and possibly lifestyle factors.” This is in direct contradiction to an earlier study which was published in the New England Journal of Medicine, when NIDA Director Nora Volkow saidthat cannabis usecould be seen to result in a lowered IQ. This claim was later challenged by the Proceedings of the National Academy of Sciences. They stated that societeconomics most likely played a larger role in the correlation and that marijuana’s “true effect [on intelligence quotient] could be zero.”

Why munchies after weed

Is Smoking Resin Bad For You?