To bong or not to bong! That is the question. For ages the debate has raged on about whether or not smoking out of a bong is healthier for you than out of a pipe or non water filtered device. Well, the results are somewhat mixed. A study conducted in 1999 concluded that water bongs were effective at reducing the amount of tar present in the smoke. However, one also has to consider that when smoking out of a bong you are also going to end up smoking more since the smoke is cooled and easier to inhale. So users tend to smoke more, of smoke which is a bit healthier to smoke. In the long run it probably evens out in this regard. Bongs do filter out some of the impurities and tar found within cannabis, and also allow for new smokers to enjoy larger hits with less stress and pain to their lungs. 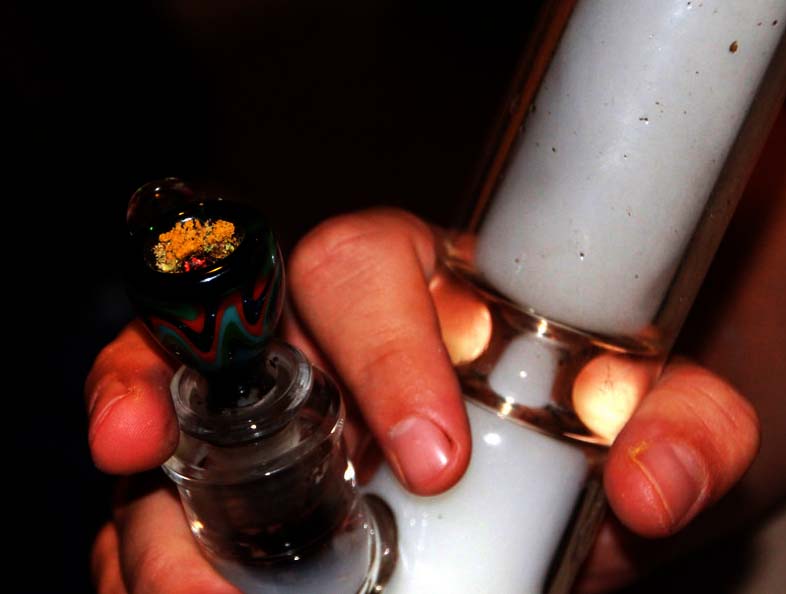 Biggest Bongs in the world